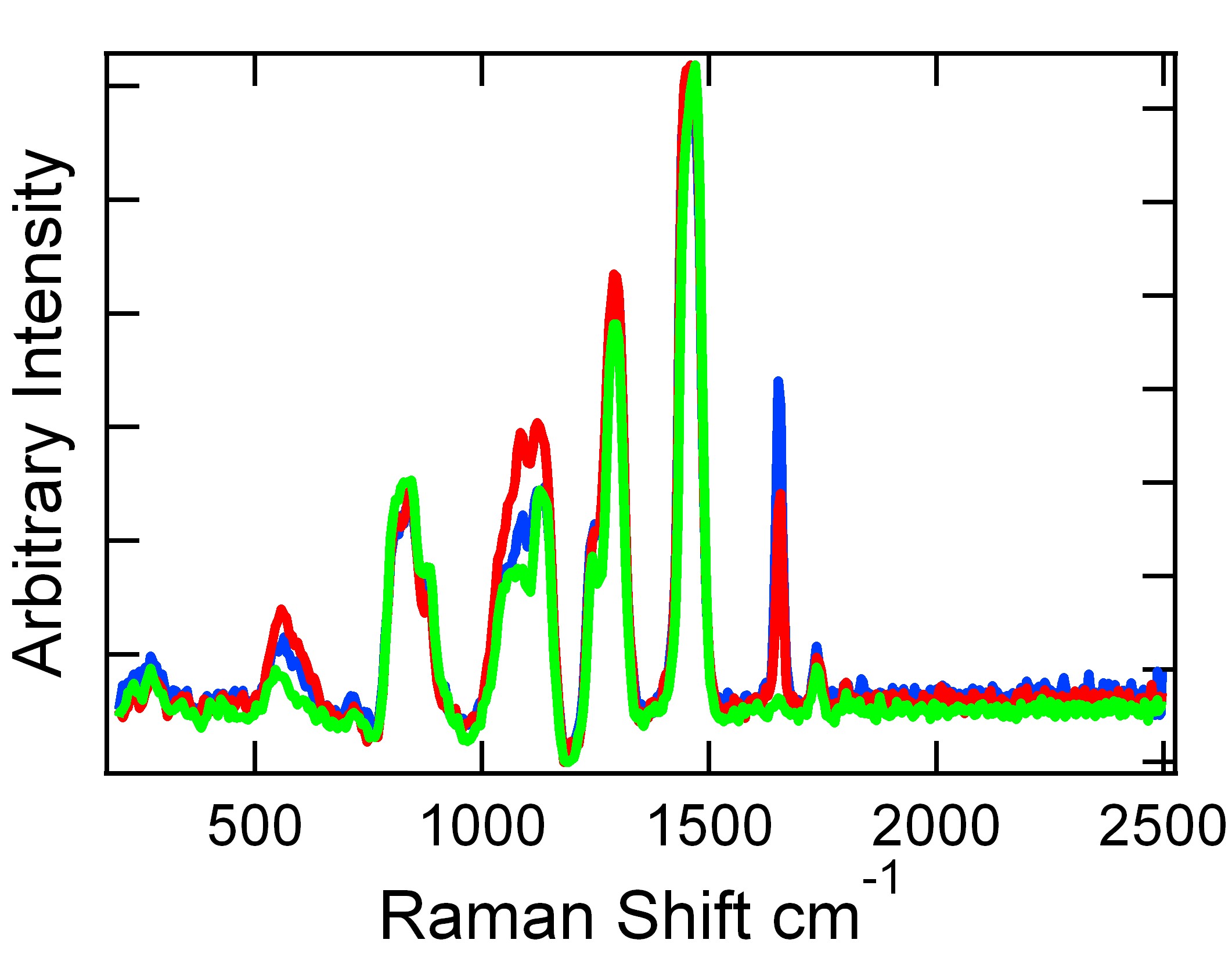 Chemical detection systems based on handheld Raman spectroscopy are ideal tools for analyzing potentially hazardous samples, because unlike other handheld detection techniques, analysis can often be performed though packaging material, without disturbing the sample, which minimizes exposure to the operator. While handheld Raman-based chemical detectors have traditionally been developed using a 785nm laser to excite the sample, this method is known to generate heavy fluorescence interference when trying to analyze colored materials. For this reason, the use of handheld Raman based detection systems have historically been used primarily for identifying white powders and clear liquids, which are the least likely samples to produce fluorescence. While numerous pharmaceutical or laboratory-grade compounds exist as white powders and clear liquids, many real-world threats commonly encountered by military and first responder personnel are colored by impurities from crude synthetic processes, low grade precursors, or from intentionally added pigments and dyes such as those found in household products.

The Rigaku portfolio of handheld Raman analyzers are differentiated from traditional handheld and portable Raman systems because of their unique 1064nm excitation technology. By utilizing 1064nm laser excitation, the Rigaku Progeny, Progeny ResQ, ResQ FLX and new ResQ CQL overcome fluorescence interference common to samples that are colored or in colored packaging.

What is Raman Spectroscopy?

Raman spectroscopy is an established vibrational technique that works by first exciting a sample with a laser. A small portion of this light undergoes “inelastic scatter” (also referred to as the Raman scatter or the Raman effect). The return signal is received and read by a detector, resulting in what is referred to as a Raman spectrum. The Raman spectrum contains a series of peaks that relate to features in the sample’s molecular structure. Each compound’s Raman spectrum is unique, and serves as a “chemical fingerprint” that can be used to identify an unknown compound, or a mixture of compounds. Onboard algorithms are used to match the sample’s spectral constituents to an extensive Raman spectral database to provide a positive identification of the sample. 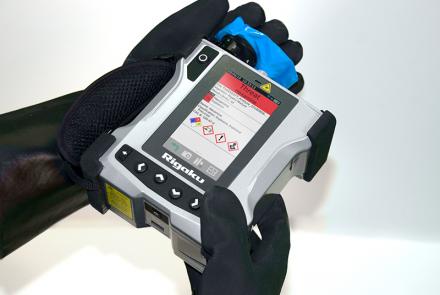 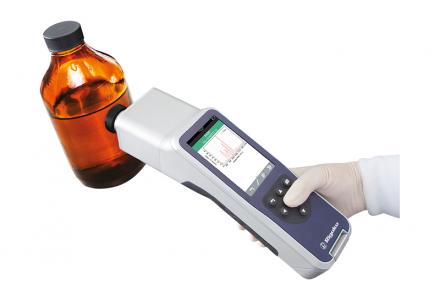 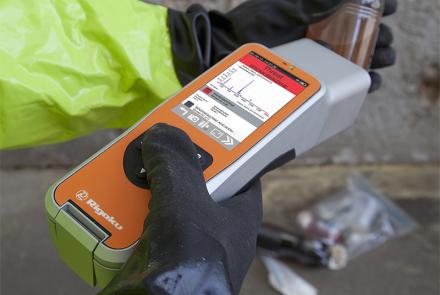 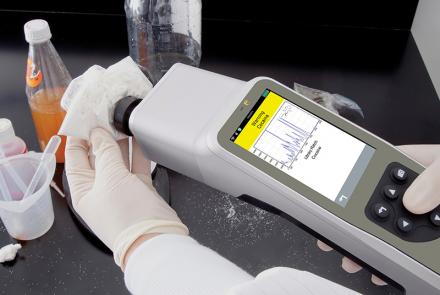 Narcotics-focused analyzer to identify the latest opioid and fentanyl formations

Analysis of Dietary Supplements, Nutraceuticals, and their Raw Materials with Handheld Raman